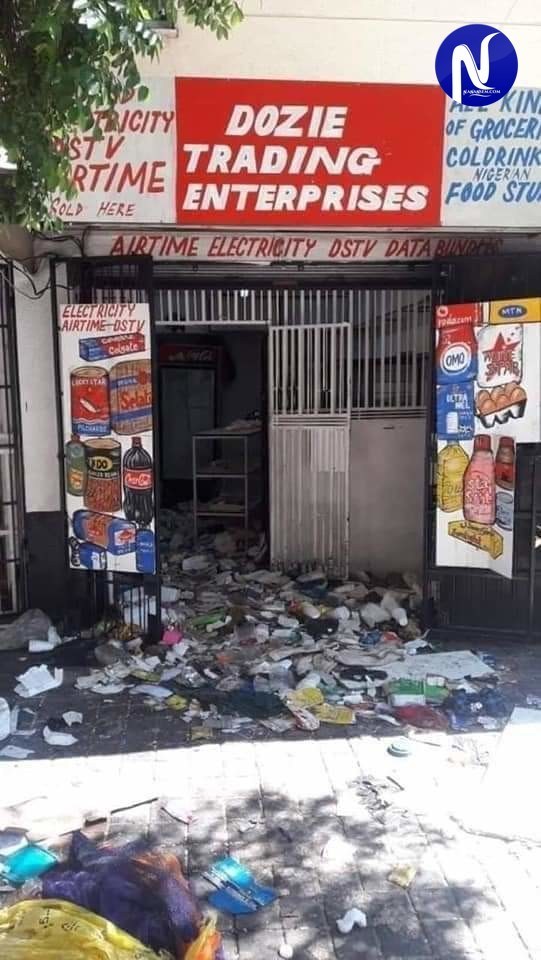 This attack has received a lot of Backlashes from a lot of iconic Personalities , Including heads of States , Celebrities and other known Personalities

Just Yesterday, Nigeria President , His Excellency Muhammed Buhari sent a convoy to South Africa’s President to discuss his displeasure on the Xenophobic attack on Nigerian Citizens in South Africa.

Apart from him, Celebrities in Nigeria have reacted to this attack on Nigerian Nationals including Screen Icon ,Genevive Nnaji , Basketmouth and Tiwa Savage who has even Pulled out of a concert in South Africa.

However in A viral Video sighted by thesleak.com shows a south African Citizen has in a way tried to Justify why they are attacking only Nigeria Citizens leaving out Ghanaians and other African Nationals.

In his submission he revealed that Nigerians living in South Africa are dealers in Hard Drugs .

They fraud and steal most of the south African Citizens and this has gone a long way to breed deviant behaviours amongst the Young ones in South Africa.

Watch his submission below;