Home Religious Who is the Richest Pastor in the World ? in 2020

Did you know that there are pastors said to be worth millions of dollars? or how do we

businesses like schools, TV stations, and much more? Do you know who they are? 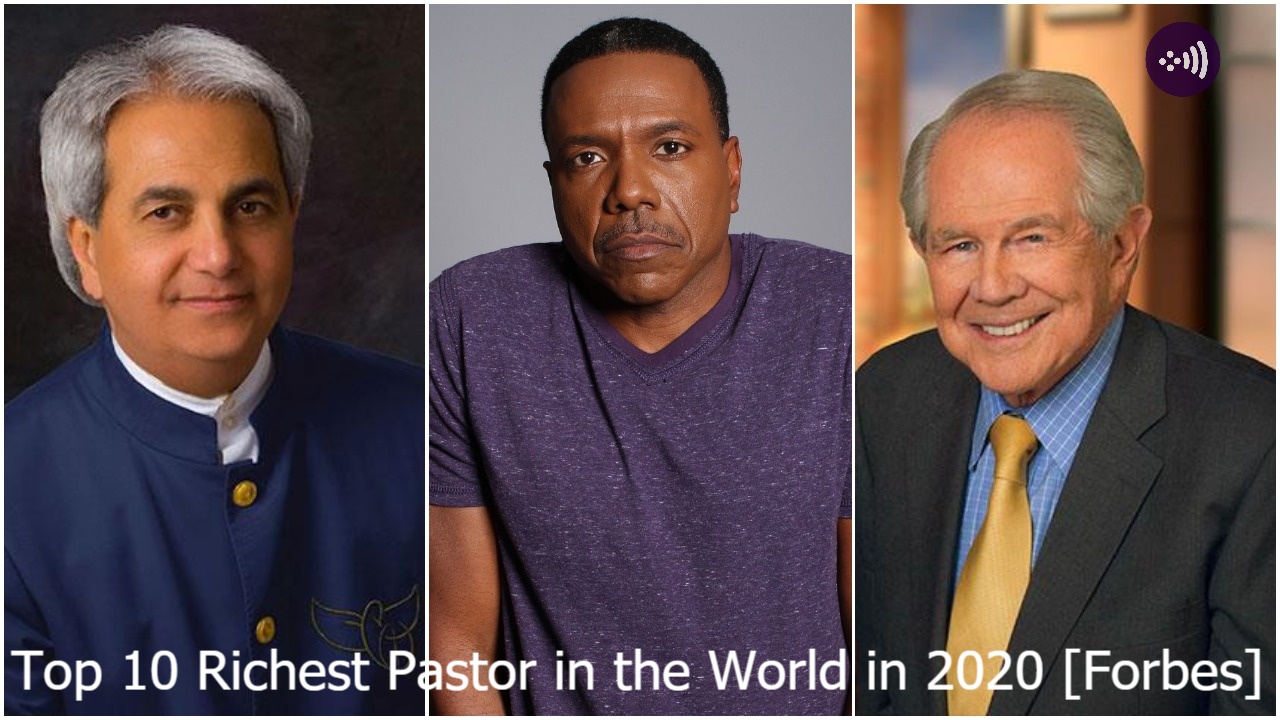 These questions and much more would be explained in this article.

The argument about how much a pastor should be worth is one that would continue to raise dust whenever it is mentioned.

In this article, we would not only tell you who the richest pastor in the world are, but we would also tell you what they own.

Who is a pastor?
A pastor as defined by the religion “Christianity” is someone called of God, whose primary

duty is to train, teach and nurture the members of his congregation.

He ensures the spiritual growth of his church.

This is really an interesting list you are about to see; the ten pastors below are the richest

pastors in the world;

1. Pastor Kenneth Max Copeland – Who is the Richest Pastor in the World? 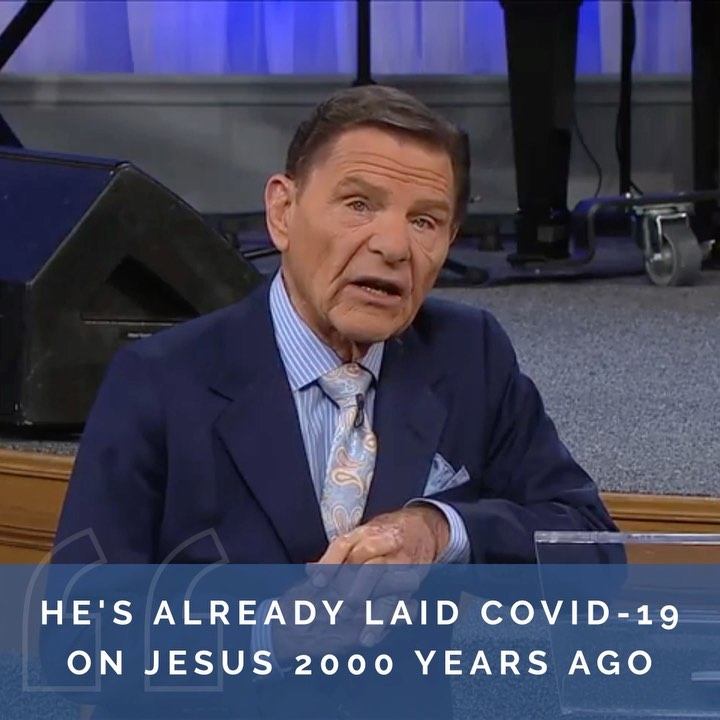 Married to Gloria, they both run KCM affairs with this organization based in Tarrant County, Texas in the USA.

This American pastor holds a 1500-acre land on the outskirts of Fort Worth.

On this massive piece of land sits a church building, an airstrip for his three private jets,

Kenneth Copeland is the author of several books (from faith to faith, the laws of prosperity, etc.), a public speaker, a proud republican, and a musician. 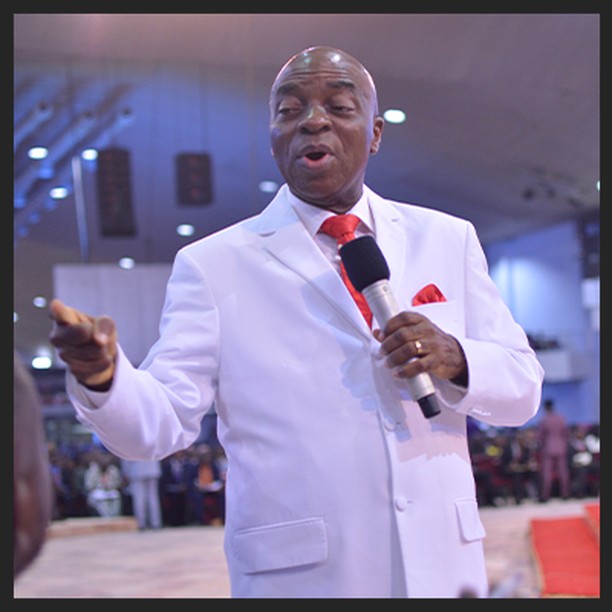 Canaan land located at Ota in Ogun state is the headquarters of his ministry is a 5000-acre piece of land.

it holds a church with a 50,000-sitting capacity, a church secretariat, a university, primary school, boarding secondary school, and several building facilities.

David Oyedepo is an author, architect by profession, and educationist. He is married to Faith Abiola.

The third person on the list of the Richest Pastor in the World with a net worth of US$ 100 million is Pat Robertson. 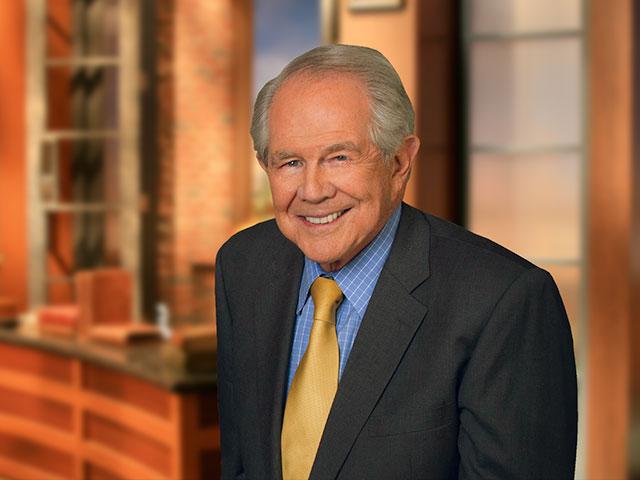 He is popularly known for being the CEO of the Christian Broadcasting Network.

He his also known for the 700 club show he appears daily.

Pat Robertson isn’t just a preacher, he his known for his political ambition; he is a proud republican.

This American pastor born on the 22nd March 1930 served in the United States of America Marines and then went on to go to law school, but failed his bar exam.

Blessing International Relief, and Development Corporation, and several others.

Benny Hinn born on the 3rd of December 1952 is the fourth richest pastor on the list with a net worth of US$ 60 million. 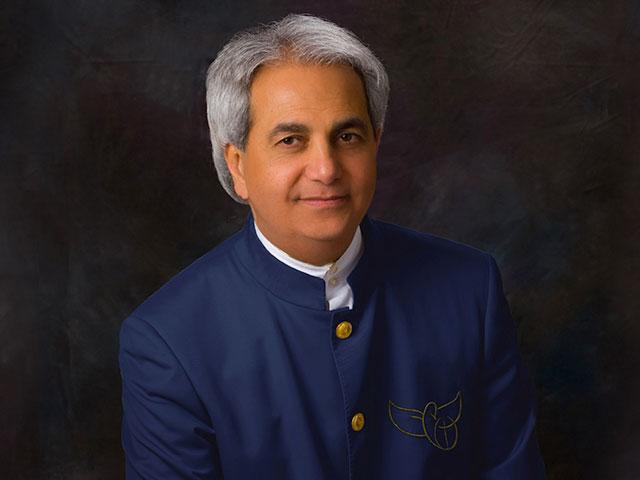 The Israeli born preacher is known for his numerous healing services across the globe.

Kathryn Kuhlman is known to be a significant figure in the life of this preacher. He imitates her style and pattern of ministry to this day.

Benny Hinn is not only a preacher, but he his also the writer of the popular ‘good morning Holy Spirit’, ‘he touched me’, ‘the anointing’, and several other best-selling books. He is also a TV host.

Chris Oyakhilome founder of Believers’ LoveWorld Incorporated has a net worth of US$50 million. 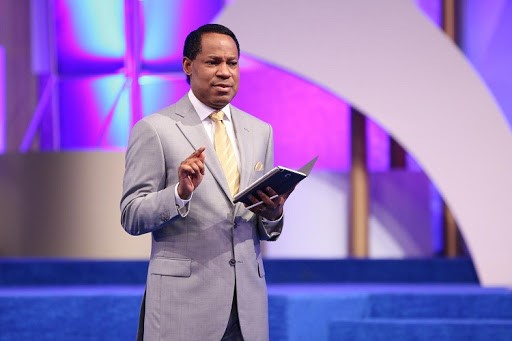 The 56 years old preacher is known for his several miracle services held in different countries of the world.

The church is known as Christ embassy and it is known for the popular singers it produces, some Sinach, Frank Edwards, Ada, Joe praise, Eben to mention a few.

Pastor Joel is popularly known as the smiling preacher as a net worth of US$ 40 million. He is the lead pastor at Lakewood Church located in the city of Houston, Texas.

Although he inherited the church from his father John Osteen, Pastor Joel has grown the church to be grand.

Pastor Joel claims to live off the sales from his books, one of which is ‘7 steps to living at your full potential’. He makes the list of the most influential preachers on the planet.

Pastor of the American church ‘World Changers Church International’ Creflo Dollar is worth US$ 27 million. His church is located in Fulton County, Georgia. 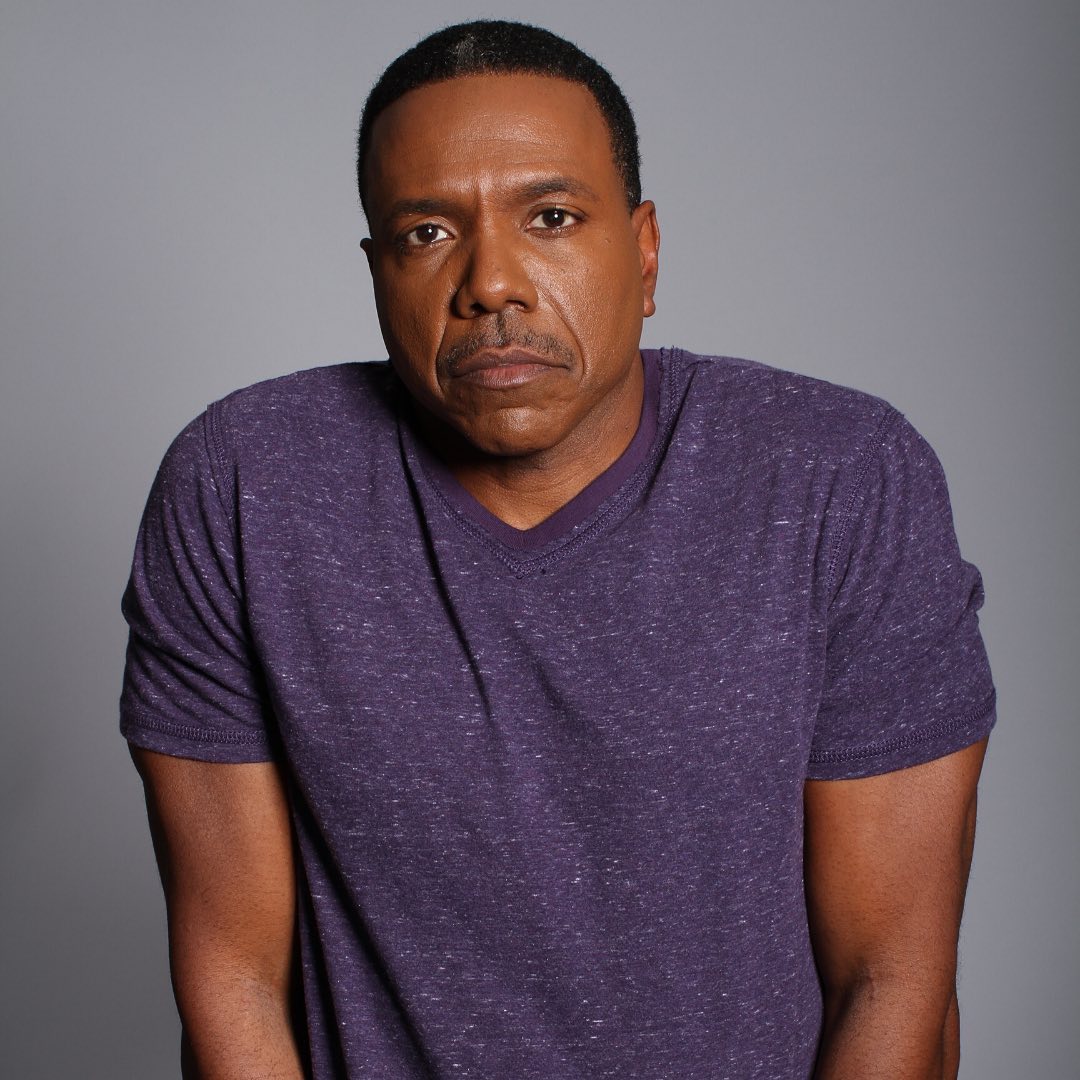 Creflo Dollar is the proud publisher of Change magazine which has over 100,000

subscribers globally in its quarterly publishing.

Some of a show of his wealth is a private jet, two Rolls Royce cars, and a million-dollar residential house.

Rick Warren the lead pastor of Saddleback Church sits at number eight with a net worth US$ 25 million. 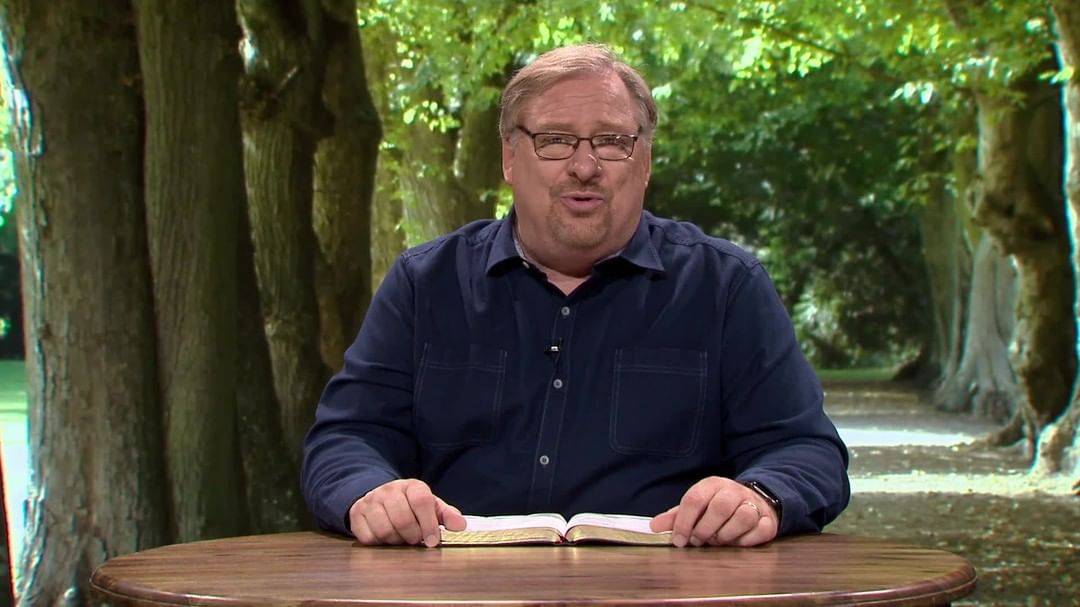 He has the sixth biggest church in the United States.

Warren is famous all over the world for his writing skills.

He is the proud author of ‘the purpose driven life’.

Jesse Duplantis, pastor of Covenant Church in New Orleans, Louisiana, United States has a net worth of US$ 20 million.

Duplantis owns a private jet costing $54 million via the donations made by his congregation.

He was once honored with a decree ‘Doctorate of Divinity’

He hosts a TV show and also has several books in his name.

Bishop Jakes, the presiding bishop of Potter’s House sits tenth on the list with a net worth of US$ 18 million. 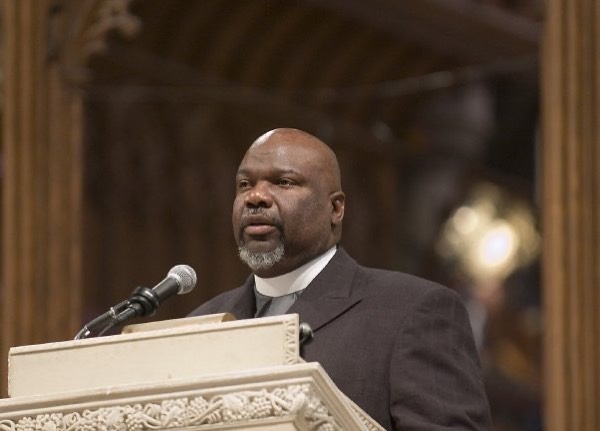 He is the mostly versatile pastor on the list as he is not just a preacher but a writer and filmmaker.

The most recent of his movie is titled ‘under fire’.

while Speaking to Oprah in 2012 he claims to get his income from his church, books, and produced movies.

“3 years ago, I was living in a tiny apartment” – Toke Makinwa reminisce...

Adedokun Moses - May 20, 2020 0
Media Personality, vlogger and entrepreneur, Toke Makinwa has reminisced on her past as she says 3 years ago, I was living in a tiny...

Adedokun Moses - June 25, 2020 0
Nigerian Media Practitioner, Seyi Tinubu has welcomed his second child with his adorable wife, Layal Tinubu. The couple who have been married for some time...

Violette Johnson - September 7, 2019 0
Beautiful Nollywood actress, Onyii Alex is back again in the news to give her fans something to talk about. The sexy television personality has...

James Antwi - September 20, 2019 0
Nigerian singer , Dbanj has welcomed another son with his wife, Lineo Didi Kilgrow in the States. We could vividly recall when D’banj announced in an...