The Independent National Electoral Commission (INEC) has finally issued a Certificate of Return to Sen. Hope Uzodinma for the Imo Governorship seat. 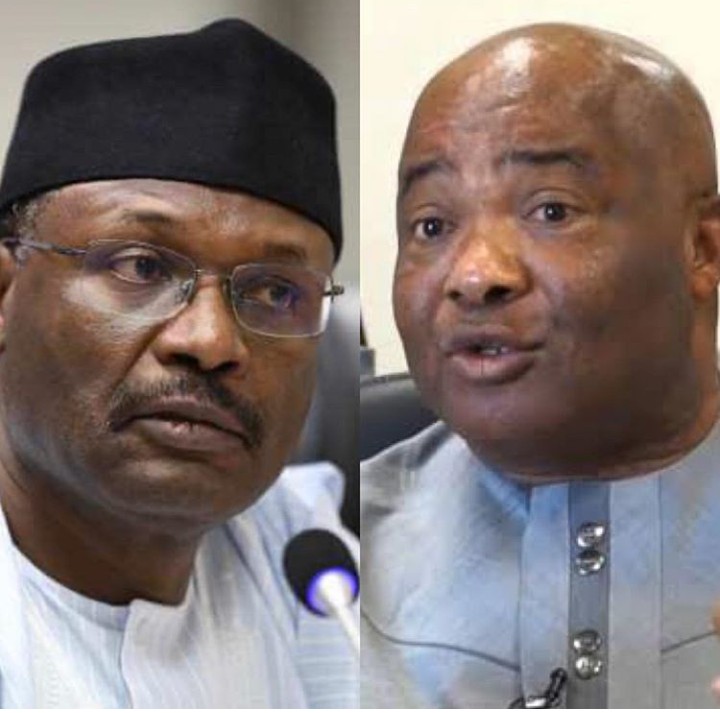 Recall that a seven man panel of Supreme Court justices in a unanimous decision declared Uzodinma the winner of the March 9, 2019 poll in Imo after sacking Governor Emeka Ihedioha.

The electoral commission initially said it could not issue the certificate as it had yet to receive the Supreme Court enrolled order mandating it to do so.

Speaking on the matter on Wednesday in Abuja, Mr. Rotimi Oyekanmi, the Chief Press Secretary (CPS) to the INEC Chairman, Prof. Mahmood Yakubu, said,The commission is yet to be served with the enrolled order of the Supreme Court judgement; therefore, we cannot issue the Certificate of Return to the APC candidate yet.

READ
Chris Brown to be one of the groomsmen at Davido’s wedding?

However, once the Commission receives the enrolled order, the CoR will be issued,

But the commission as now rescinded its decision Wednesday afternoon, issuing the certificate without much ceremony at the INEC Headquarters in Abuja.

I have just confirmed that the Certificate of Return has been presented to the Governor-Elect of Imo State (Hope Uzodinma) by (INEC) National Commissioner, May Agbamuche-Mbu in the presence of National Commissioners, Abubakar Nahuche and Dr. Mustafa Lecky,” Oyekanmi said.

Deborah Cox is also feeling the wave of Afrobeats

Clemento Suarez has vowed not to act again till the missing girls from Takoradi...