Afropop female singer and songwriter, Simi have warned Nigerians to stop raining curses on the children of politician who have played a huge impact in the situation the country has found itself. 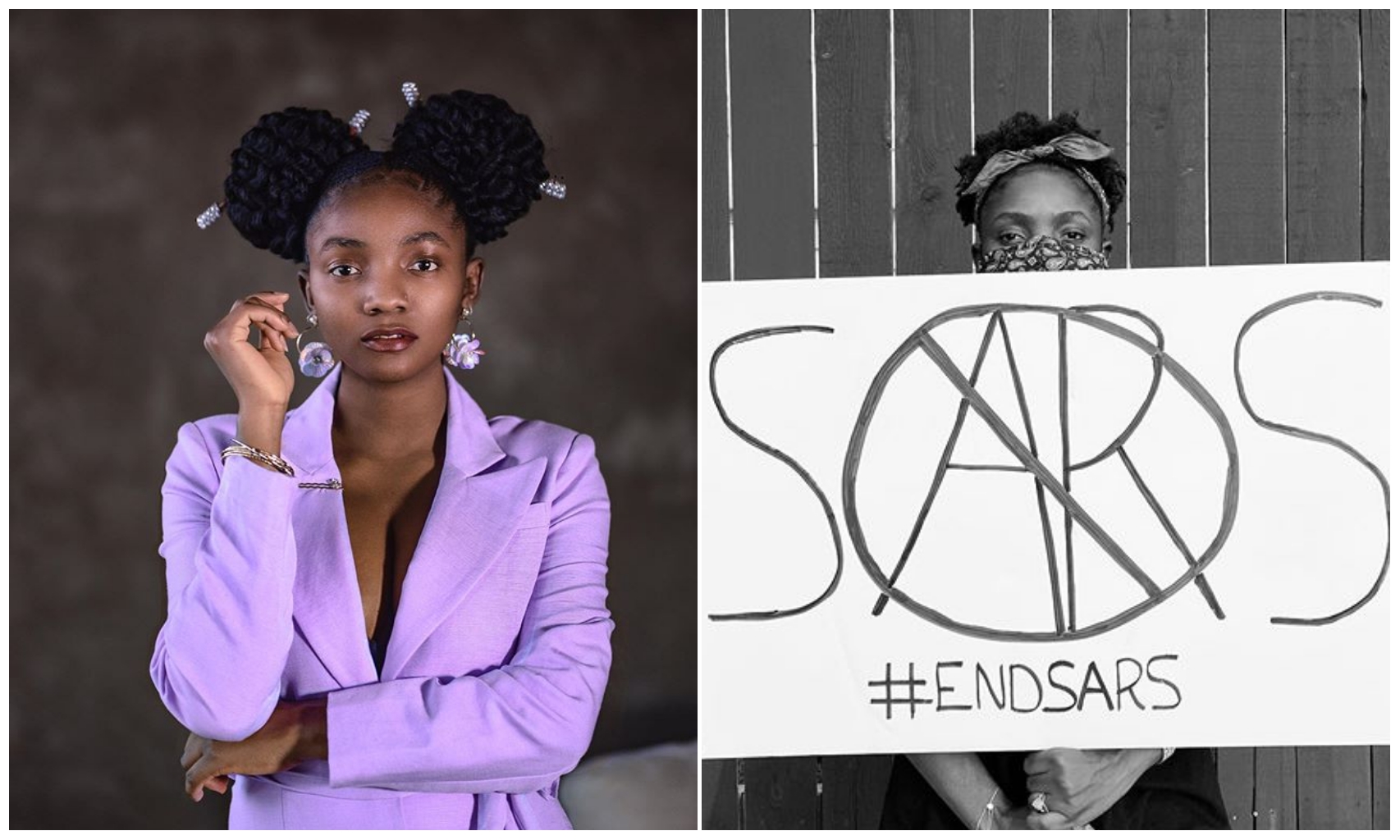 have joined the list of top personalities in the entertainment industry

to voice out their frustration.

putting an end to it anytime soon.

politician kids whom many have been consistent in attacking on social media.

According to Simi, raining curses on the children of politician kid is not good

Simi noted that the goal is to be better than kids of the politician and thus citizens should stop raining curses on them.

I feel like we really shouldn’t be raining curses on the children of these people. I understand the agitation and that most of them don’t care about us, but the goal is to be better than them and I can’t imagine it’s good for the mental health of them kids. We can rise above it. 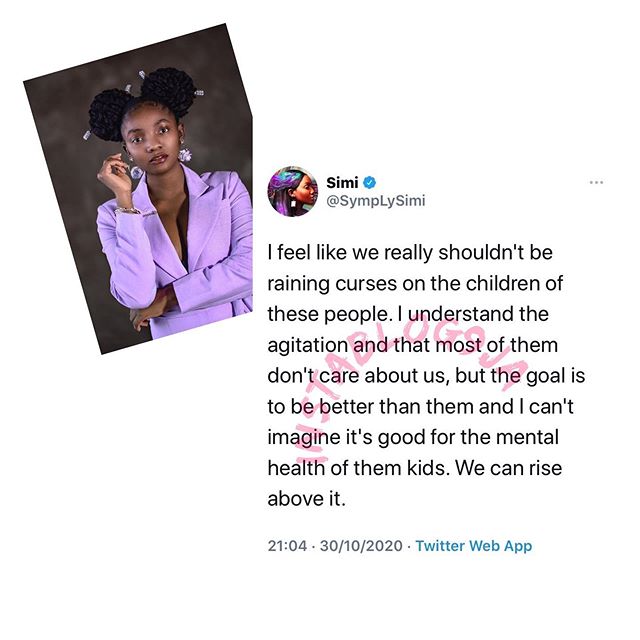 Adedokun Moses - September 4, 2020 0
Popular Nigerian comedian, Cute Abiola have revealed who will be winning the ongoing Big Brother Naija 'Lockdown' show, as he insists it won't be...

Busola Dakolo is thankful for endless joy and enemies too, as she marks her...

Violette Johnson - October 3, 2019 0
It doesn't come any more special that celebrating an exciting day, and Busola Dakolo is marking her birthday with thoughts so calm and reflective. Married...

Queeneth Agbor narrates how a movie marketer tried sleeping with her before handing her...

Violette Johnson - September 14, 2019 0
Beautiful Nollywood actress, Queeneth Agbor has disclosed that a movie marketer once made sexual advancement towards her in exchange for a movie role. The sexy...

I met my ex-husband Kwadwo Safo Jnr. in a strip club – Juliet Ibrahim

Violette Johnson - September 6, 2019 0
Not a season of confessions anyways, not just yet, but Ghanaian actress Juliet Ibrahim really wants to get some things off her chest and...

Violette Johnson - August 5, 2019 0
True affection & love need no flaunting, it simply comes to the fore all natural, and for sure these two lovebirds have had a...