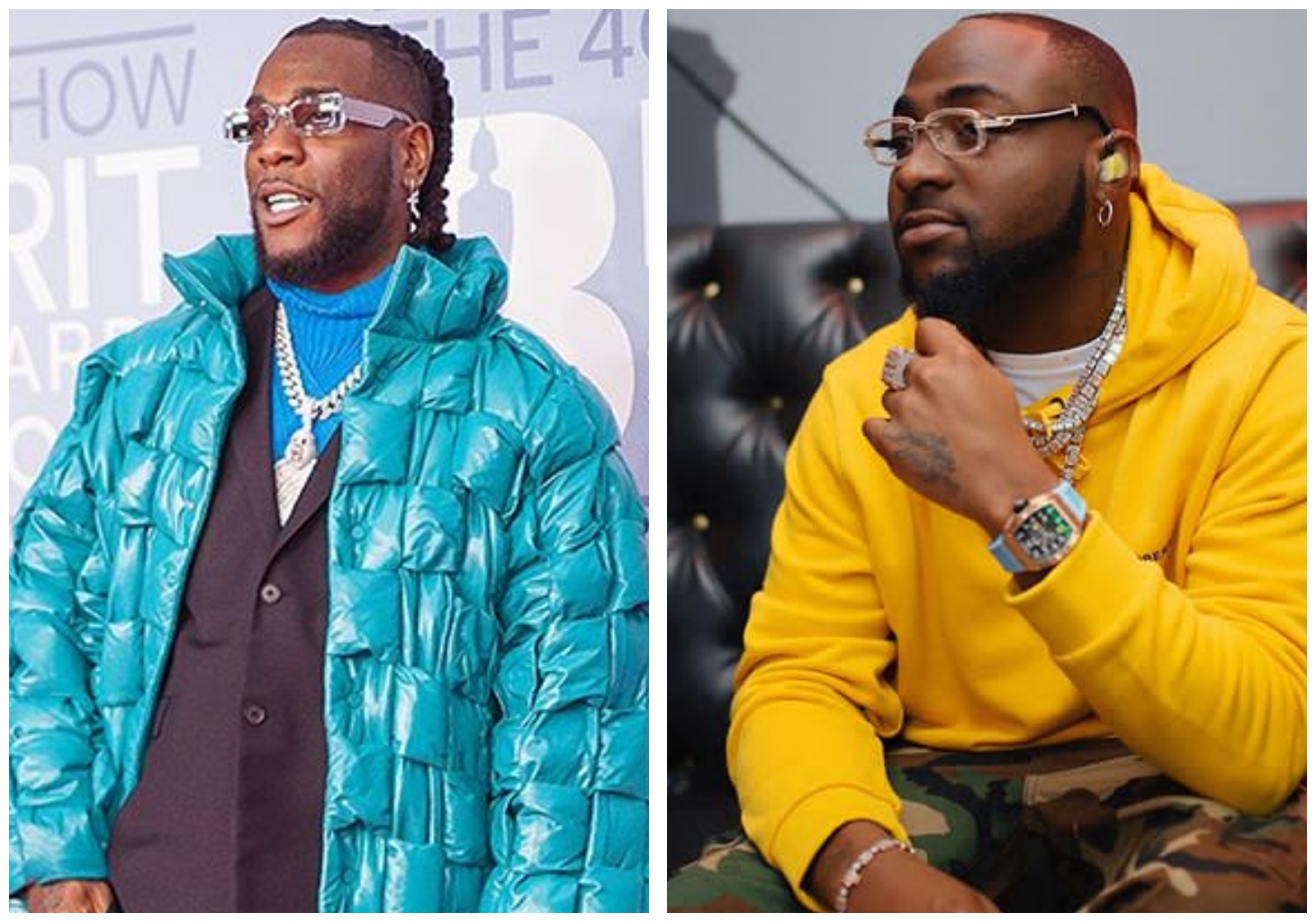 Greatest musicians of all time.

cryptic message that fans say was aimed at Davido.

The Grammy Award nominee had written:

money parted ways for him and not his talents.

With the drama still trending on Twitter, Cubana Chief Priest took to his IG page to

blast Burna Boy for his behavior as he advise him not to fight destiny.

According to Cubana, it’s not because Davido was born by Adeleke that made him

famous but his talent and consistency.

No Be @davidoofficial Say Make Adeleke Born Am !!!! Don’t Ever Fight Destiny, You See This Crown👑 Na God Give Am To Him, Na Natural, Na Follow Come, E Dey The Body. David🇺🇸🇳🇬 As Ajebo Never Looked Out For A Rich/Blown Girlfriend Rather He Blew His Girl, David At 26 Has A 5 Year Old Daugther, David With His Said Papa Money Has Raised Talents To Super Stars Even Gate Man Sef Blow !!!! You Wey Wan Check Am If To Say Your Papa Get This Money Pride No Go Gree You Do Music For A Living, David Turned Poor Ikotun Boys To Island Big Boys, Come On !!!! There Are Levels To This Championship🎖 Thing, Na Who Blow Come Still Blow People Na Him We Wey Be Igbo🇳🇬 People Dey Call Odogwu👑 #CubanaChiefPriest🔑 #CelebrityBarMan🌟

The war of words between Davido and Burna Boy’s fans and followers is set to continue as we anticipate Davido’s album in July.

Violette Johnson - September 15, 2019 0
One cannot deny the fact that once a street hustler always a street hustler, no matter the level of success the survival mentality is...

Violette Johnson - October 13, 2019 0
Rapper Ikechukwu is celebrating his birthday and surely we are happy for his new age. The Nigerian rap artiste knkqn for hit songs like...

Violette Johnson - December 17, 2019 0
Well it's allowed, when it clearly reveals that Mr P (Peter Psquare) is madly in love and can't just set his eyes off his...

Annie Idibia light up instagram with a gorgeous modeling appearance, ahead of her birthday

Oluwadamilola Akintunde - November 4, 2019 0
The popular Nigeria Model,Annie Macaulay displayed a glowing photoshoot of herself Via her instagram page. Annie Macaulay who is also an Actress stuns out in...

When you wake up feeling like a billionaire because your birthday is in 5...